"After the fourth generation of the Mercedes-Benz C-Class sedan has been unveiled with not too many bells and whistles, with its public launch to happen in a matter of days in Detroit, its various upcoming versions are starting to enter the spotlight as well.


By far the most awaited by sport car fans is the AMG version, which will sadly lose its ear-gasmic M156 normally-aspirated V8 in favor of a twin-turbocharged one.


Based partly on two M133 engines from the A, CLA and the upcoming GLA 45 AMG that are bonded together to form a V8, the new M177 and its M178 versions will power most future AMG models, including the Mercedes-AMG GT (C190).


As far as its design is concerned, the following renderings made by Remco Meulendijk look pretty much spot on, with the front bumper appearing to have been inspired from the E 63 AMG W212 facelift.


This would make sense, as the new AMG sport packages will look rather different compared to the true AMG versions if we were to take into account the current E-Class and its AMG variant. 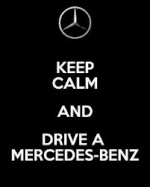