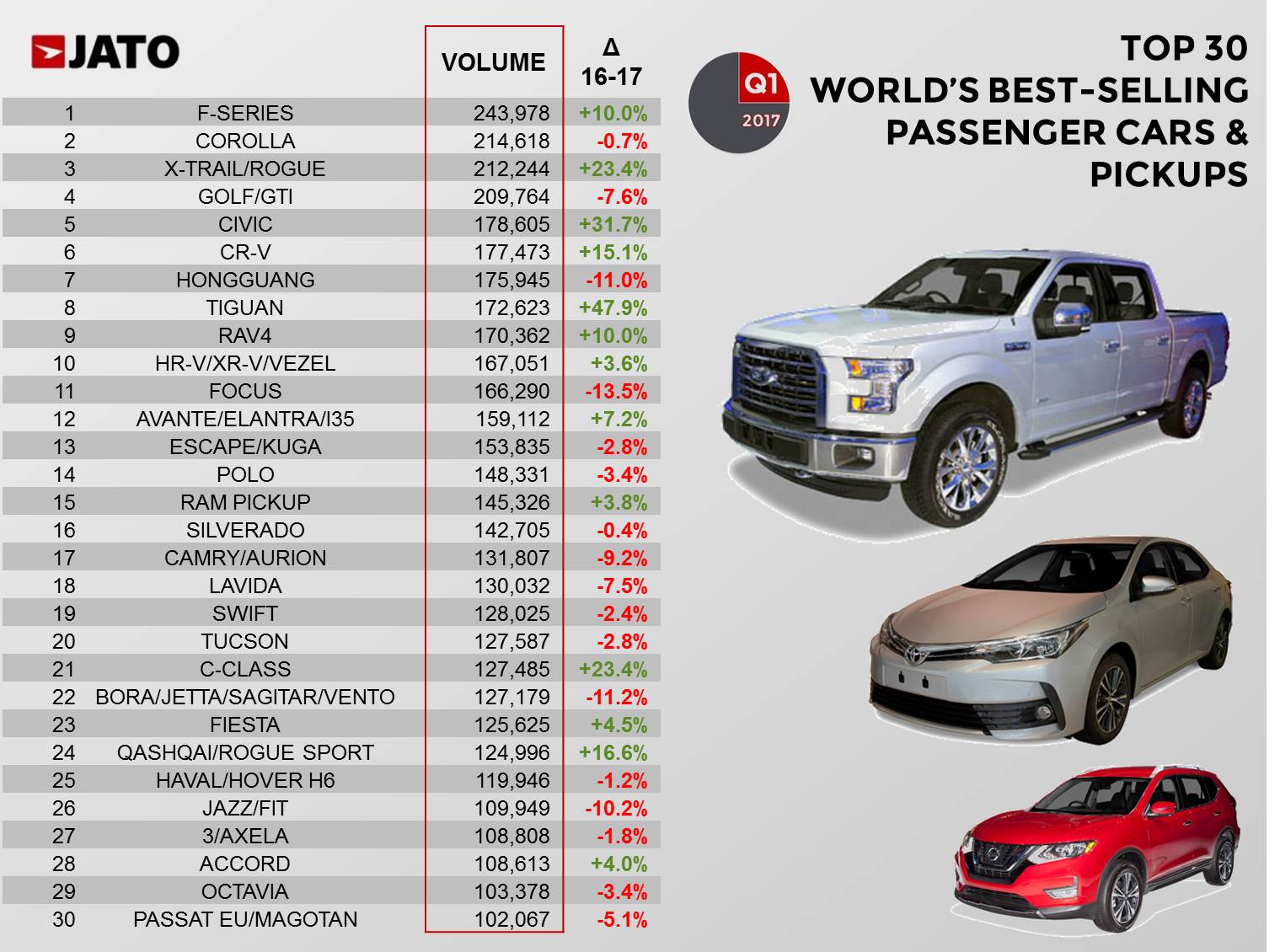 “A list of the top 30 world’s best-selling cars in Q1 2017 has been released by JATO Dynamics, a global supplier of automotive business intelligence.


Coming in behind the F-Series is a nameplate that is familiar to the masses – the Toyota Corolla. Though it had previously held the number one spot numerous times, the Corolla’s sales volume off 214,618 units means it’ll have to settle for second place instead.


A big surprise in the third spot is the Nissan X-Trail (or Rogue in other countries), which managed to outsell the Honda CR-V with 212,244 units. If you’re wondering what a Wuling Hongguang is, it is the MPV on which the Chevrolet Enjoy is based on.