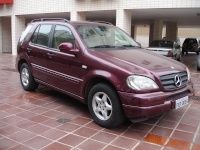 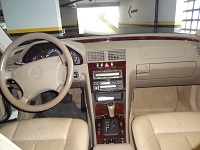 Since these lights would come on instantly, after starting the engine, I figured I had a hard failure somewhere in the ABS/ETS system. See my previous entry on this subject of a couple days ago.

After checking the 40 amp fuse that feeds this circuit, I pulled the relay, K25, that feeds the ABS high pressure pump. I can test a relay on my workbench and it tested fine. I also noted there are at least 3 identical relays so rotating them into the ABS socket was also an option.

I had a wiring diagram that I got from the Tempe library, which has a free Mitchell repair access. It shows a red wire going from the load side of the relay to the ABS high pressure pump motor and then to ground. Putting 12VDC directly to the load slot of the socket SHOULD have run the pump, but it didn't.

Testing further, I unplugged the two pin connector which feeds the ABS pump and put 12 VDC directly to the motor. By pulling the sheath back, I was able to see the wire colors. Since brown is always ground on Mercedes, I knew to put the plus 12 VDC to the other wire, to insure the rotation was correct.

The pump ran smoothly! I needed to verify that power was reaching the pump assy.

Unplugging the 15 pin connector from the ABS pump unit was a little tricky. The sheath over the plug pulls straight up and then the sheath becomes a ramping device that pushes the connector out of it's socket. My fingers could start the motion but it took a little pliers to get enough grip to release this connector. The bottom two pins were hot and ground and fed through the housing to the 2 pin connector. With my temporary 12 VDC still connected to the relay socket, I found that 12 VDC was indeed reaching the ABS pump assy, but NOT getting through to the 2 pin connector. The problem had to be in the ABS housing somewhere.

NOTE: At this point I found it conducive to remove the driver's side headlight unit for more working room. A 5 minute task to figure out how to release the plastic trim strip under the headlight where two nuts were hidden.

The front of the ABS pump unit appeared to have a wiring acces cover and I got really lucky here as the whole actuator control and wiring came off by removing 4 small 6 point screws. It just slid off the 12 pins that seal the fluid side of the magnet assemblies, No fluid is released and I had the printed circuit board in my hand.

Checking with my VOM connected to read resistance on pin 15 to the pin on the two pin connector that feeds the motor, I found high resistance with considerable fluctuation whenever the pins were flexed a little. BAD SOLDER JOINT! Where have we heard this before? The manufacturer is ATE, a well known vendor, but who knows how many ABS pumps hit the trash can because of a simple joint failure. At $1200 each, I am glad I took the time to find this problem.

The PC side of the board was covered with a 1/4" of clear jellied sealant, easily removed with an exacto type knife. I cleaned the old joints with brake cleaner, then I soldered both pins and in minutes the unit was reassembled and tested. Zero resistance is good! I used some clear silicone to close up over the newly resoldered joints.

Suffice to say that I rejoiced when the engine started and both lights were eztinguished. Knowing that I had ABS again was a big relief too.

I took a few pictures and will try to attach them. If this file is already too big I will send a separate file. Thanks to all who took the time to reply to my pevious note. 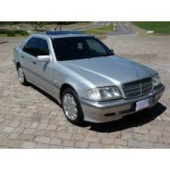